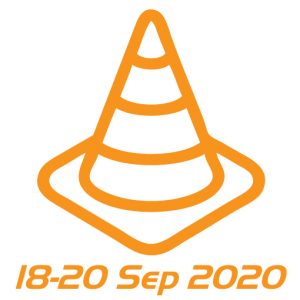 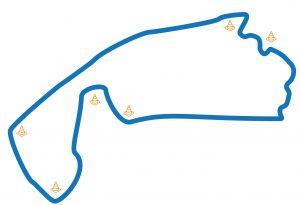 Like many of us, our plans for the Le Mans 24 Hours had to remain fluid this year. Initially, we were set to attend the revised dates in September. Then, we embraced the Fan Villages concept on the basis that we would still be able to watch from part of the circuit. Finally, in August the news came that the event would take place behind closed doors.  It was then a reality that we would not be trackside and would be watching the race on TV.

Undetterred, myself and a small group of friends (#ConesOnTour) decided that we would find somewhere local to camp and create our own Le Mans weekend. We created our own logo, devised a ‘circuit’ of the nearby town and agreed who was bringing what equipment. Unsurprisingly, it was my responsibility to bring the majority of the ‘gear’ as it would normally be used on our private campsites at Le Mans. 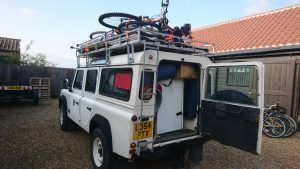 With the new COVID-19 guidelines due to start the following Monday (#RuleofSix) we ensured that we had a tent each and a large enough shared space to watch the race, sit, eat and drink. Essential equipment included a TV and satellite dish, fridge, gazebos, fire pit, large BBQ and bikes to ride the circuit.  All the equipment was collected from our store and loaded into the trusty Defender, filling all available space and the roof rack.

Friday morning arrived and we all prepared for the gruelling journey to ‘just the other side of town’, Bedfordshire. For some this was a two-hour drive, others just a 10 minute spin through town. We set up our tents and “posh campers” gazebos then tried to get the all-important satellite set-up.  It swiftly became apparent that there was a piece missing from the dish so that would have to wait for a trip back to the store the following morning.

Friday afternoon was spent relaxing in the sun, discussing how the race may unfold.  The final member of the group arrived early evening then it was time to enjoy a takeaway from one of the local restaurants in town.  Although it was warm during the day, the temperature fell away, but our firepit kept the chilliness at bay. 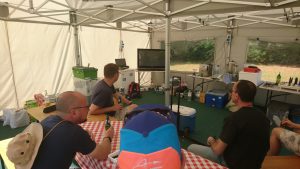 Saturday morning, after a good full English breakfast, I was despatched back to the store to find the missing part of the Satellite dish.  Being a stickler for ensuring that everything is stored in the correct place, I was confident that I would be able to lay my hands on the missing part within a few minutes.  Unfortunately, this was not the case and the missing part could not be found!  It was time to get back to our campsite before the start and find a different method of showing the race.  Thankfully, one of the guys had an extremely hefty data package on his mobile.  He swiftly created a Wi-Fi hotspot which we connected the laptop to.  Initially we tried to use on steaming provider, but it required a dreaded software update before it would work.  Handily, one of the group had an Eurosport account, he logged in, we connected the laptop to the TV and settled down to watch the race.

The atmosphere at this year’s race was very strange with empty viewing areas and grandstands. The overhead camera shots told the tale of barren campsites around the circuit with no sign of the 1st Tickets marquees and private compounds on Bleu Nord and Premier Vert.  Even the drivers had spoken of the lack of BBQ smoke and smell wafting across the track. 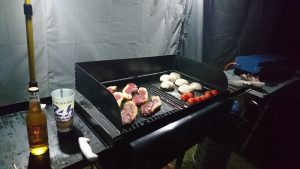 Darkness falls earlier in September meaning significantly more night-time running than in June.  Just after 8pm the sun had set, and the TV pictures reverted to mainly pit lane coverage and in car footage (always good).  It was time for a nice juicy steak cooked on the trusty barbie and frites from the local chippy was down with an assortment of French refreshments (and others).  We watched the racing into the early hours of the morning, although no skulking round the back of the pits to see if we could get into one of the garages of a friendly team.  Eventually we decided to get some rest then resume watching again in the morning.

Sunday morning and, over our hearty full English, we caught up on what had happened overnight, then got set to watch the remainder of the race.  Like many Le Mans goers, we were heading home later that afternoon so that we could be back at work the next day. So, tents we taken down and parts of the camp were cleared whilst the remaining hours of the race continued.

Just after 1:30pm, the race was over.  Toyota had won their third Le Mans, United Autosports had taken the LMP2 win (although not without excitement with #38 JOTA in the final 30 mins) and Aston Martin Racing had won both the GTE-Pro and GTE-AM categories. Unfortunately, there were no throngs of spectators streaming on to the track to watch and share the podium celebrations with the drivers, mechanics etc.  Although we have not be trackside, it had been a great weekend that we enjoyed in the true spirit of Le Mans. 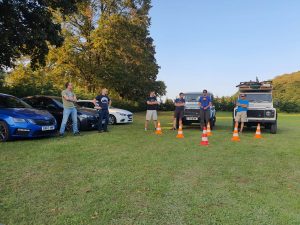 Thank you to all of you who commented on our Facebook posts and shared your pictures with us too.  A Big thank you, also, to our regular crew member that was working at the circuit and posted photos and videos on the 1st Tickets page.  For more pictures of the weekend see our Facebook gallery

We hope that next year we will all, once again, be able to be back at Le Mans enjoying the race, welcoming old and new friends and sharing the great experience that is the Le Mans 24 Hours.

You may only select one accommodation location per package quotation

Do you wish to change your location?

Email me my quote